Illustrations for a 16 page long editorial in Groove Magazine, Germans most popular magazine dedicated to electronic music and music in general. The theme of the editorial was ‘Jahresüberblick’ which translates to ‘review of the year’s events’. The editorial reflected upon the events and topics that happened in the club scene in the past year, for example the closing of the (in)famous ‘Factory’ in London or the tendency to make clubs a safe spaces for all people, regardless their gender, race or sexuality. The main illustration which is also the opening spread of the editorial depicts a club which contains scenes that reflect all the topics in the editorial. All the other illustrations used in it are just outtakes out of the main illustration. 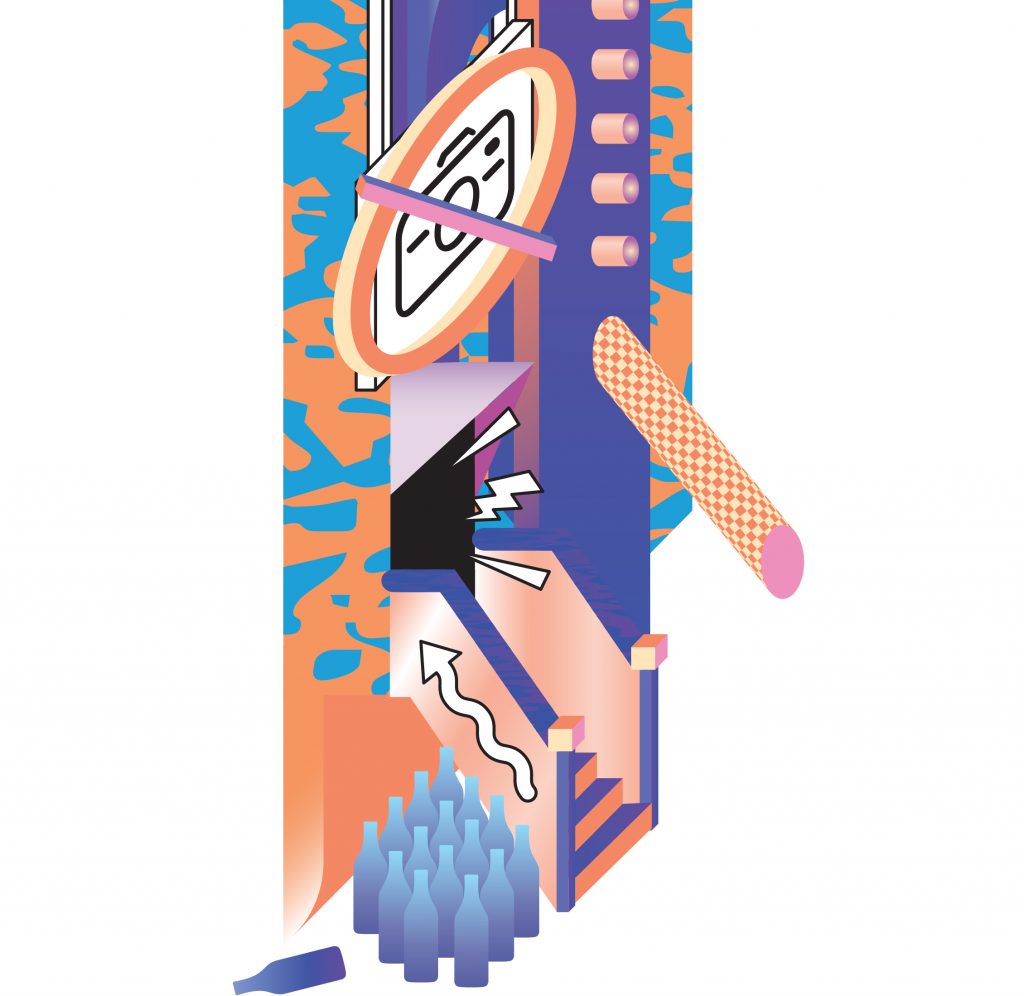 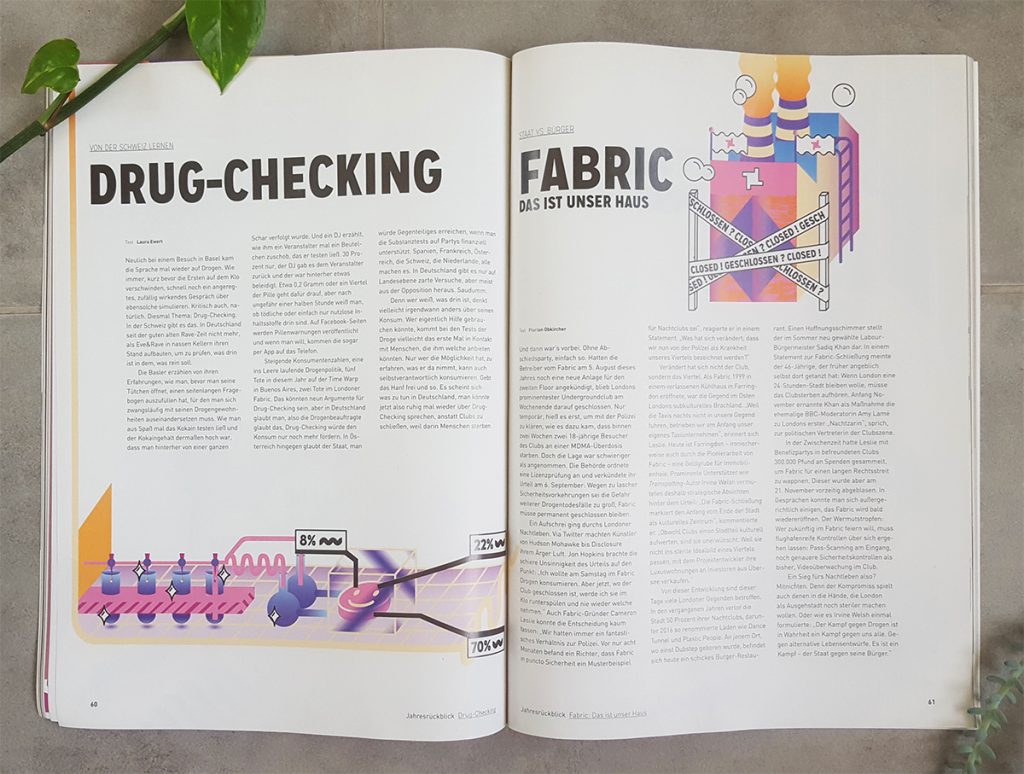 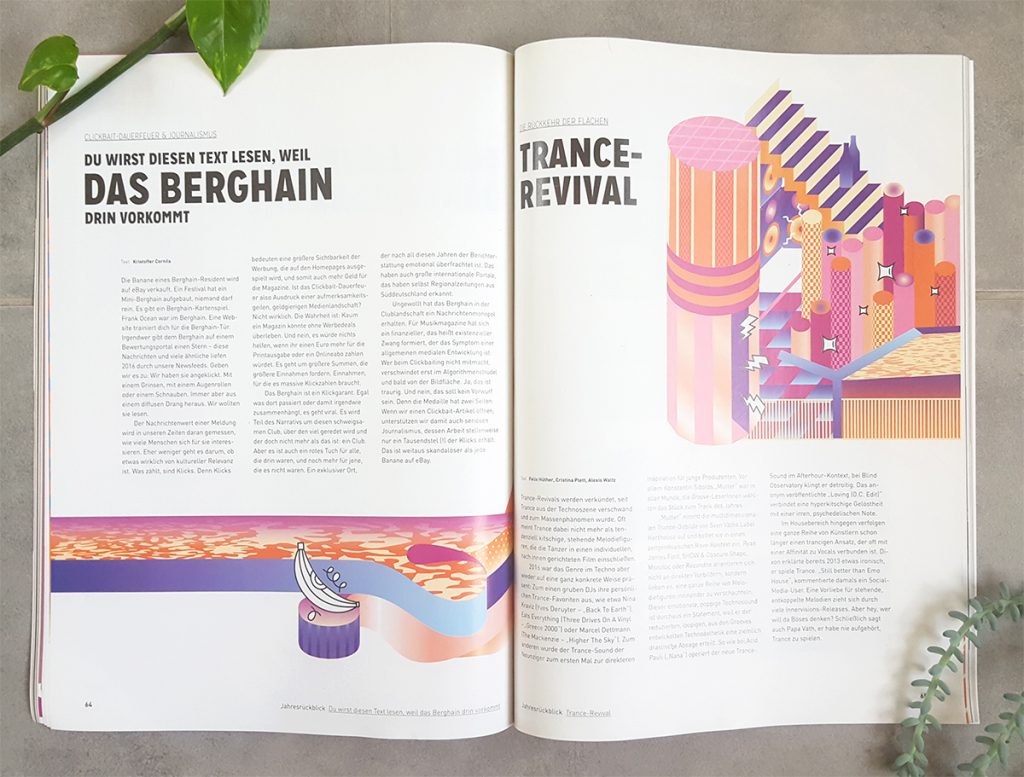